Introduced at Ex-Po NG in October 2008 our first kit was Katie, modelled in O9, cast in resin and supplied with a special ready to run chassis, Katie will be the first of a range that will, hopefully provide inspiration to those modellers wanting a larger scale while using a familiar gauge, and to those wanting something just a bit different. 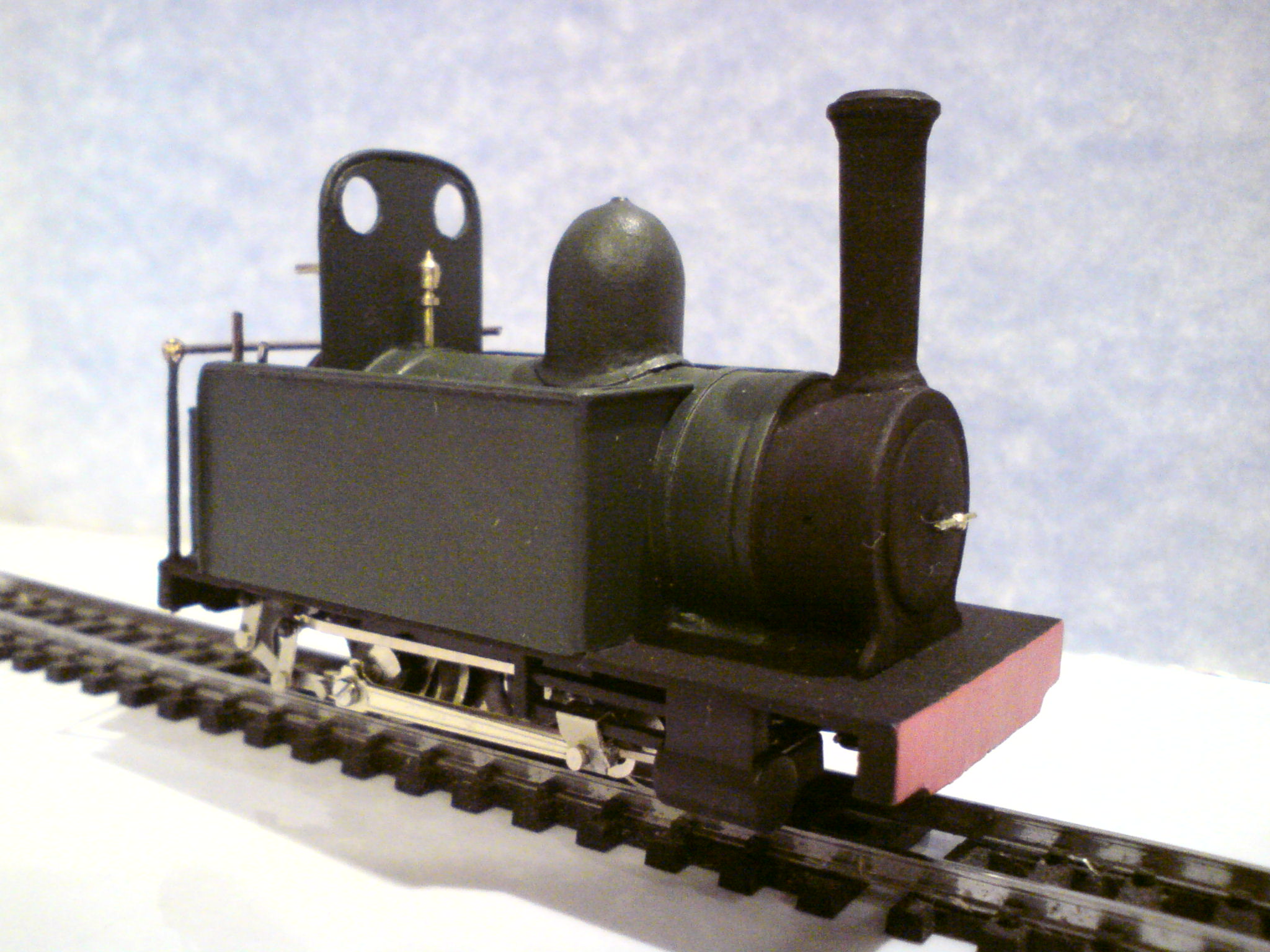 Katie as she now appears with a full test chassis with semi-working valve gear, fully painted just waiting for her name and makers plates.

The first Locomotive built by Sir Arthur Heywood in 1875 for his Duffield Bank Railway, Effie proved that a useful load could be pulled on a 15 inch gauge railway. She lasted until about 1905 when she was replaced by larger locos but recently several replicas have been constructed and can be seen on preserved lines in the UK. Our kit has the usual ready to run chassis with a white-metal body and etched brass detailing.

Best known for their work at the Waltham Abbey Gunpowder Mills from 1917 this type of engine was also found at various locations around the country. Available in gauges from 16" to 3 feet to suit the requirements, they had a considerable life-span and 2 have survived into preservation. The kit comes with a ready to run chassis, a resin body with white-metal and etched brass detailing.

Built in war-time in great numbers for the 18" front-line railway system, many survived to work on narrow gauge lines in peacetime, we have made the assumption that somewhere one was converted to 15" gauge where it lived a long and useful life. Some 18" examples have survived into preservation and our thanks go to the volunteers at the now closed Abbey Railway in Leeds for all their help in producing this kit. We hope that the engines from this line are as well looked after at their new homes as they were in Leeds. 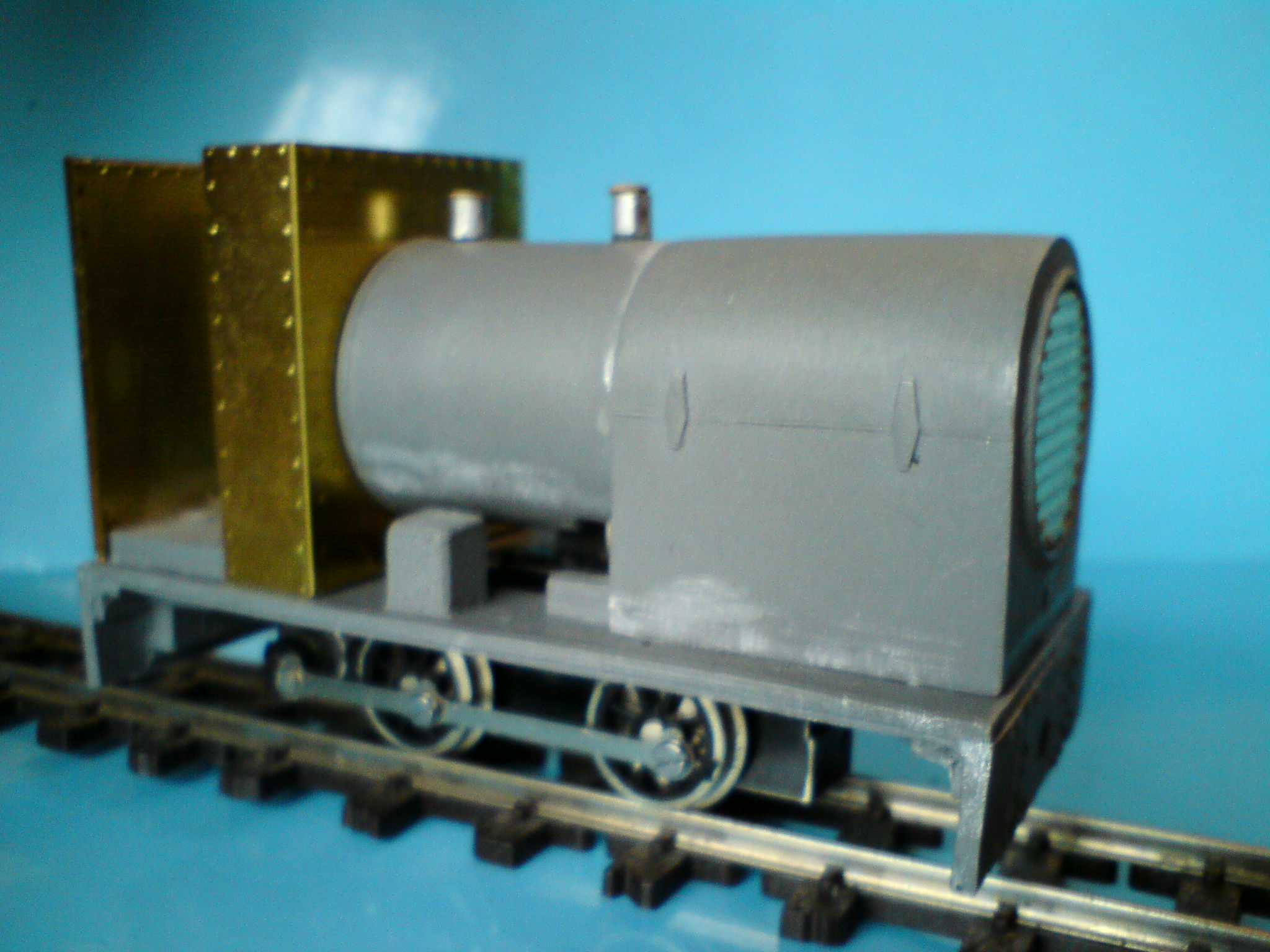 Our kit which is still in development will feature a resin body with white-metal and etched brass detailing along with our usual ready to run chassis.

Based on the Tourist Coaches supplied to the Ffestiniog and Welsh Highland Railways around 1923, our kit has been reduced from the original 4 compartments down to 3 to make it a more managable size for most 0-9 layouts. Many of this type of coach had a long life and can still be seen on preserved lines giving an unforgetable experience.

Our kit uses a mixture of laser-cut wood, etched brass and resin castings with ready built bogies. Couplings are not supplied.

To make the production of gunpowder a little safer the manufacturing sites were spread out as much as possible and then sub-divided into individual units, the purpose of the railway was to move material between these units. Robert Hudson supplied a large number of these cordite wagons which were fitted with racks and trays into which the cordite was placed. When production reduced and finally stopped many of these wagons found their way onto private lines where they were adapted for various uses. Some of the site at Waltham Abbey is preserved and well worth a visit. Our kit is still in development and has a white-metal structure with resin trays and a choice of white-metal or ready built bogies, we expect to release this during 2015

009 kits
Quarry Hunslet Alice
Although we never intended producing loco kits in 009, through the development of the motor bogie and the steam version, the compact, we realised the possibility of producing a kit of one of the most iconic narrow gauge engines. Seemingly hanging onto the narrowest ledges of the Welsh slate quarries, the Quarry Hunslets of North Wales are known world wide by most narrow gauge enthusiasts and many others. Our kit in white-metal with etched nickel-silver detailing complete with ready to run outside framed chassis reflects the character of these infamous engines.
Now available £80

Alice is shown here along with Lily, there will be plenty of opportunities for detailing as your favourite loco.

Based on a drawing by Colin Binnie, this locomotive is designed to be an easy beginner's kit consisting of a ready to run chassis and only 5 white-metal castings. A typical contractors loco, Lily is representative of early engines produced or altered by many small locomotive works, many of which had long and varied lives throughout the country. 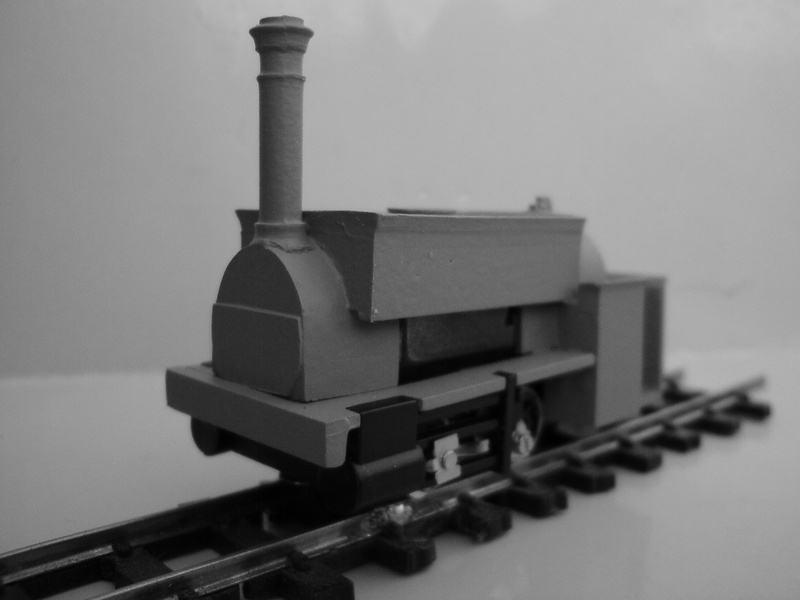 Nameplates for this loco - Lily, Lilliputian, Wee Willie and Louise £1.50 per set.

Built in 1909 by W. G. Bagnall Ltd. as Works No. 1896-8 three of these diminutive engines were delivered to the Central Uruguay Eastern Extension Railway mainly for construction work, originally built with outside frames for 500mm gauge we have assumed that if they had been supplied for wider lines, inside frames would have been preferred. The Central kit is made from white-metal castings and has cab detailing, supplied with a ready to run chassis. 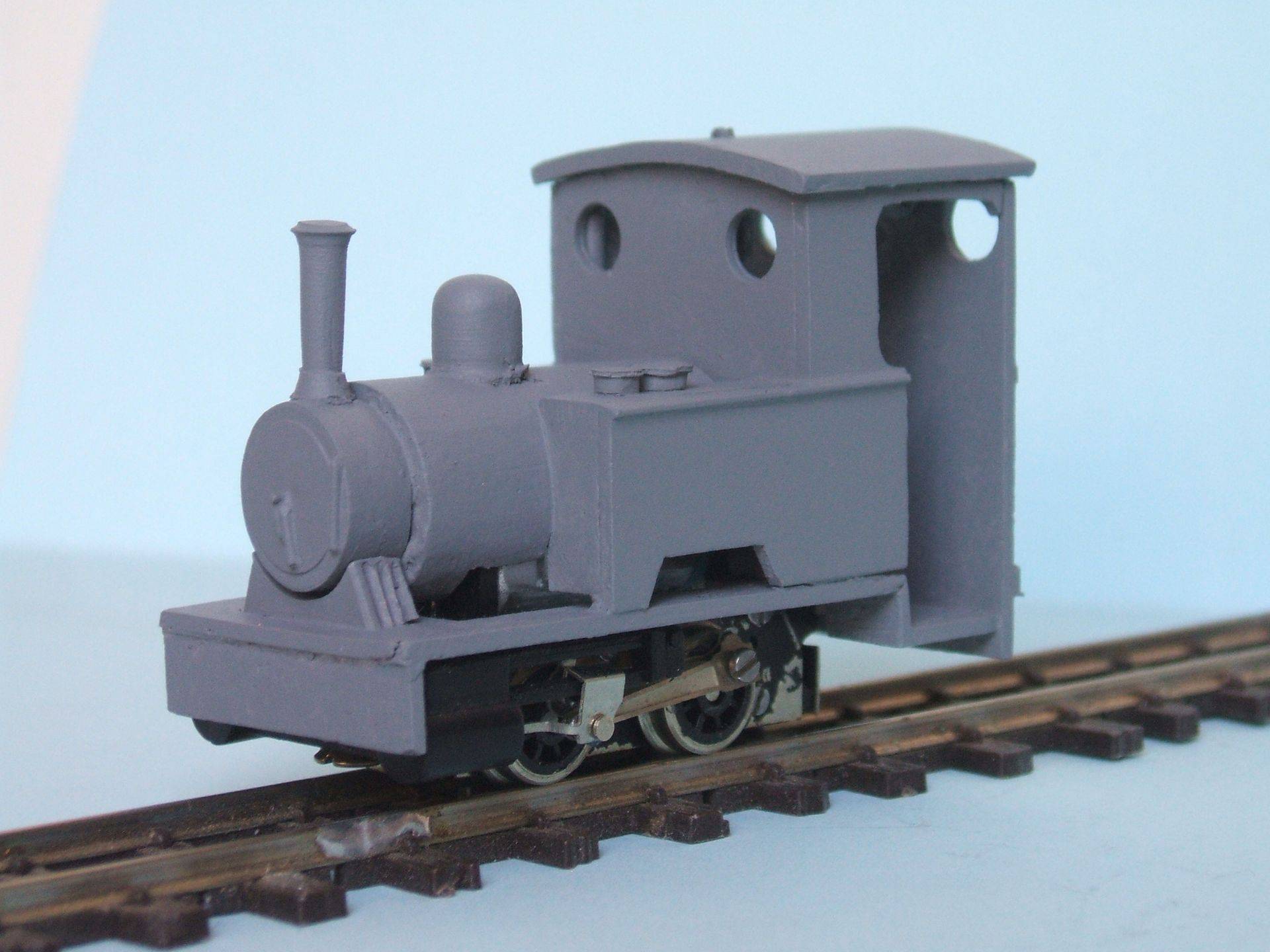 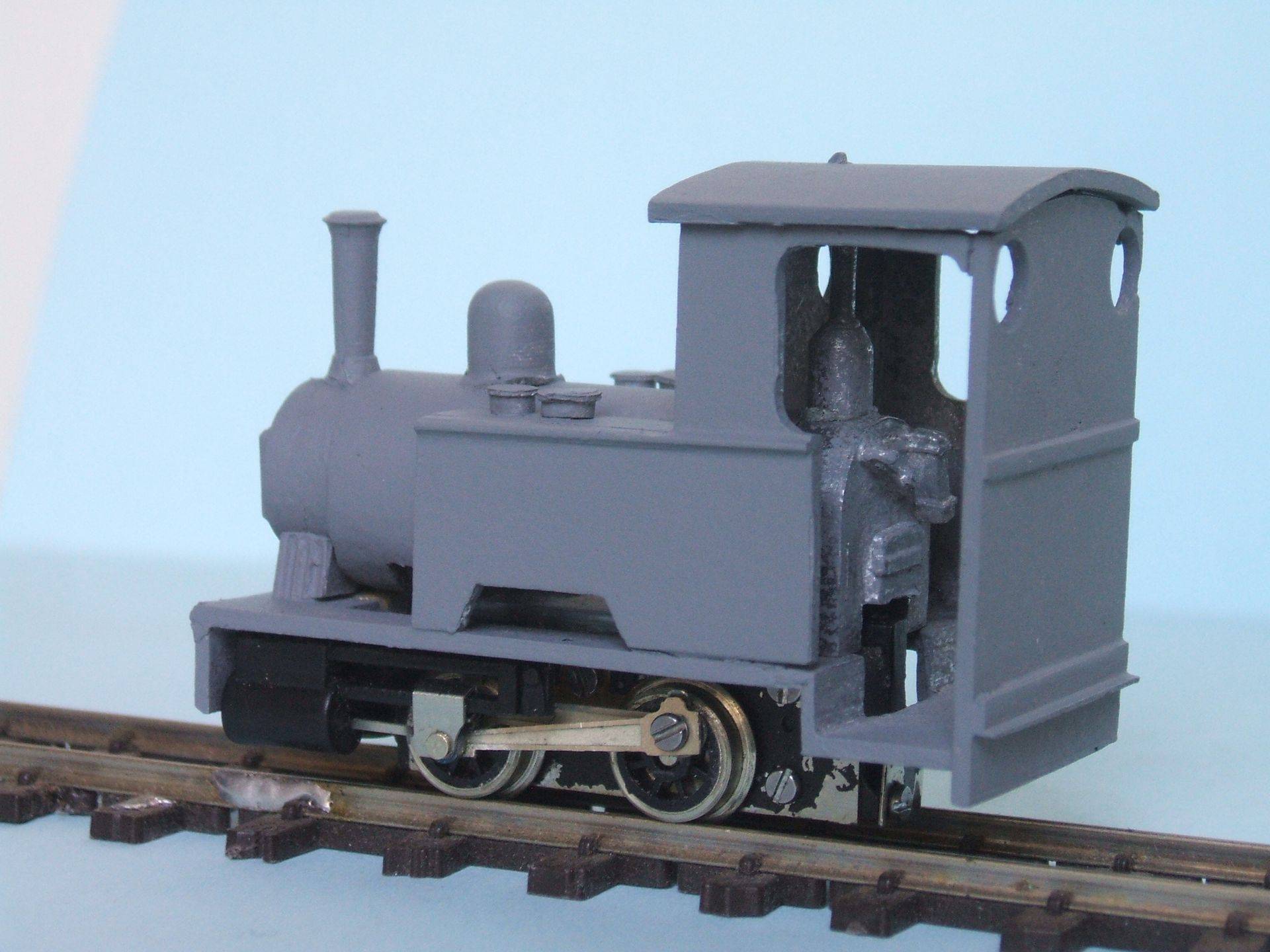 Designed by T. W. Worsdell for the Wisbech and Upwell Tramway in 1883 these distinctive 0-4-0 steam tram locomotives were designed for running on public highways so were fitted with skirts, cow-catchers, a governor and bell. They worked on several other branchlines until the last one was withdrawn in 1952, sadly none were preserved but they will live on forever as Toby in the Thomas the Tank Engine stories.

Our kit comes with a ready to run chassis, white-metal castings and nickel-silver detailing with a choice of 3 numbers, please remember this kit is to scale and as such is very small, 34mm over it's buffer-beam, so although with patience and some skill it can be assembled quite easily, it is not a childs toy.